How Much Do Coins Weigh? (Official Sizes, Diameters, & Weights)

Are you curious how much your coins weigh?

Do dimes weigh more than pennies? What are half dollars made of? Do dollar coins have a unique edge?

While this information may not have everyday applications, it is helpful in certain situations.

Perhaps you’re learning about U.S. coins in school, solving math problems relating to coins, or even preparing for a smuggling operation. That’s a total joke, don’t do that! What would even be the purpose?

Anyways, did you know you can also weigh coins to count them? Well, if you know their weight, that is, of course.

In fact, if you’ve ever taken coins to a coin counting machine, that’s how they accurately calculate how much they’re worth and how much they need to pay you.

Most advanced coin counting machines determine the denominations of your coins by their weight and then calculate the total dollar value.

That said, this article will cover everything you need to know about U.S. coins; their weight, size, thickness, composition, and even edge. We’ll also briefly discuss some of their histories.

How Much Do Coins Weigh?

The weight of U.S. coins depends on a few factors: their diameter, thickness, and what they’re made of. As a result, U.S. coins made from different materials with different diameters and thicknesses will obviously weigh different amounts.

These characteristics of U.S. coins are determined by laws the United States Congress passes and are approved by the president.

The establishment of denominations and their specifications that the Treasury Department directs the U.S. Mint to manufacture resulted from the April 2, 1792, Coinage Act.

That said, below are specifications for pennies, nickels, dimes, quarters, half dollars, and dollar coins! We also cover a bit of their history.

Fun fact: Nickels are the only U.S. coins in circulation that aren’t clad. Clad coins – pennies, dimes, quarters, half dollars, and dollar coins – all have an inner core of metal that is surrounded by an outer layer consisting of a different metal.

The very first penny was struck a year after the U.S. Mint was opened in 1792 and was almost the same size as a half dollar! In fact, the penny was so big that it was difficult to use and, as a result, got the nickname “large cent.”

How Much Does a Penny Weigh?

However, pennies made before 1982 weigh 3.1 grams (0.109 oz). This results from their composition being different from the modern penny we see today.

What Is the Diameter of a Penny?

How Thick Is a Penny?

What are Pennies Made of?

However, this has changed over time. When the Lincoln penny was first minted in 1909, it consisted of 100% copper. It wasn’t until a copper shortage during WW2 that pennies started being made from zinc-coated steel.

After the war, pennies began being made of 5% zinc and 95% copper, which lasted until 1982, when they started being made as they are today.

The first 5-cent coin, “half-dime,” was produced until 1873 and was made of silver. Oddly enough, this was despite the fact that the nickel version of this coin had already been created in 1866.

As a result, both of these coins were in circulation together for more than 6 years.

How Much Does a Nickel Weigh?

What Is the Diameter of a Nickel?

That said, shield nickels, and older version of the nickel, are a bit thinner. A shield nickel’s diameter is 0.807 inches (20.5 mm).

How Thick Is a Nickel?

What are Nickels Made of?

As a result of a metal shortage during WW2, nickels were made of 56% copper, 35% silver, and 9% manganese for a bit of time.

The nickels in circulation today are made of a cupro-nickel mix of 75% copper and 25% nickel.

How Much Does a Dime Weigh?

What Is the Diameter of a Dime?

How Thick Is a Dime?

What are Dimes Made of?

The first quarter was produced in 1796 by the U.S. mint and was made of silver. Similar to other silver coins, quarters during this time did not show their value.

How Much Does a Quarter Weigh?

What Is the Diameter of a Quarter?

How Thick Is a Quarter?

What are Quarters Made of?

The U.S. Mint began manufacturing half dollars for circulation in 1794. For more than 150 years, the obverse of half dollars was a woman representing liberty and was shown in different poses.

How Much Does a Half Dollar Weigh?

What Is the Diameter of a Half Dollar?

How Thick Is a Half Dollar?

What are Half Dollars Made of?

It wasn’t until 1971 that the composition of half dollars was changed to cupro-nickel alloy, which is composed of 25% nickel and 75% copper.

The U.S. first began minting dollar coins in 1794, and their specifications have changed drastically over the years.

How Much Does a Dollar Coin Weigh?

What Is the Diameter of a Dollar Coin

How Thick Is a Dollar Coin?

What are Dollar Coins Made of?

Because of their color, you may have thought dollar coins were made of gold or at least had a gold coating. However, that’s not the case.

Here are a few frequently asked questions about the weight of U.S. coins:

What US Coin Weighs the Most?

Weighing in at 155.517 grams with a 76.2 mm diameter, the 2019 Apollo 50th anniversary 5 ounce Silver Dollar is the heaviest coin the United States has ever minted.

How Much Do Rolls of Coins Weigh?

Here is how much a roll of pennies, nickels, dimes, and quarters weigh:

How Much Does a $50 Bag of Pennies Weigh?

How Much Does $100 Worth of Quarters Weigh?

19 Possible Reasons Your Debit Card Declined and What to Do

90 Awesome Side Hustles for Teens

Where Can I Get Quarters? (15 Best Places)

How to Make Your Money Work for You: 9 Simple Steps

The Penny Challenge: A Fun Way to Save Money! 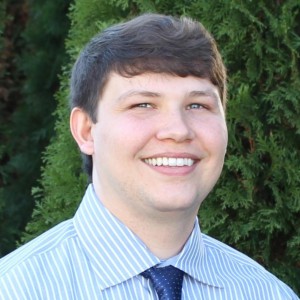